One of the most devastating diseases that threatens the world population is malaria. The 26S proteasome complex of the malaria parasite Plasmodium falciparum, which was previously unknown, was characterized by the authors through an affinity purification protocol that isolated functional 26S proteasome complexes. This allowed for the identification of subunit composition and PfUSP14, a proteasome-associated deubiquitinase. This new understanding presents a potential target to disrupt protein regulation in thequest for effective antimalarial strategies.

One of the most infectious diseases around the world, malaria, was responsible for about 214 million infections and over 430,000 deaths worldwide in 2015 (1). Malaria is caused by the parasitic protist belonging to the genus Plasmodium; there are more than five species that infect humans, with Plasmodium falciparum having the highest mortality rate (1). Current antimalarial drugs that are used include quinolone derivatives, antimicrobials, and artemisinin derviatives; while these have proven effective in the treatment of malarial infections, they have evolved, developing resistance to these drugs, highlighting the need for new antimalarial treatments (2, 3). While we have some knowledge about these parasites, a deeper understanding of the cellular processes and pathways, such as protein regulation, can lead to the identification of new antimalarial targets to inhibit the parasite’s development.

The ubiquitin-proteasome system (UPS) is an essential mechanism through which eukaryotic cells regulate proteins through degradation, recycling, and quality control. Disruption of the UPS can have devastating effects in major pathways such as cellular stress response and the cell cycle (4). Ubiquitinated proteins that are destined to be degraded are trafficked to the 26S proteasome, a barrel-shaped proteinase complex with over 30 subunits. The 20S core particle is critical for proteolytic activities while the 19S regulatory particle recognizes, deubiquitinates, unfolds, and translocates substrates (4). The 19S identifies substrates through receptor domain recognition of polyubiquitinated proteins, achieving this through the ubiquitin-interacting motif (UIM) and the receptor for ubiquitin itself. Other proteins such as proteasome-interacting proteins (PIPS) and two deubiquitinases (DUBS), which recycle ubiquitin from proteins, also associate with the proteasome for function facilitation and ubiquitin chain editing, respectively (4, 5). Most of the information about the 26S proteasome has come from studying mammals and yeast, but has remained largely unexplored in P. falciparum (5, 6). Prior work analyzing the P. falciparum proteasome used a Blue Native PAGE along with label-free protein quantification and correlation profiling, but this approach is limited in its ability to determine subunit stoichiometry, which is critical in order to identify new targets of antimalarial strategies (7).

Decoding the P. falciparum Proteasome. Wang and collaborators in issue five of 17818 Nature looked to develop an approach to characterize the ubiquitin binding domains of the proteasome subunits that are essential for substrate recognition. After in silico analysis of intrinsic ubiquitin receptor domains of the subunits, they utilized an established nickle-nitrilotriacetic acid-aided (Ni-NTA) pull down assay in which recombinant proteins were pulled down with Ni-NTA resin and assessed for ubiquitin binding capabilities; this demonstrated that the PfUIM2 domain of the Rpn10 proteasome subunit is essential for the direct recognition of ubiquitin chains and conjugates (5). It is interesting that the PfUIM1 and PfPru domains did not directly pull down ubiquitin conjugates, suggesting they may be involved in indirect substrate recognition; analysis of the PfUIM1 and PfPRU sequences revealed structural differences from those found in other species that add to this hypothesis (5). They used this information as they sought to develop a protocol to purify the proteasome using an affinity purification strategy similar to one used to purify mammalian 26S proteasomes (5, 8). Immobilized GST-fused ubiquitin-like domains (GST-UBL) of PfRad23 (a proteasome substrate shuttle factor) were incubated with P. falciparum extracts, and His6-PfUIM2 excess was used to elute the proteasome through competitive binding to the GSTUBL; the proteasomes were further purified by Ni-NTA agarose and shown to be present in active forms (5). All known proteasome subunits are preserved, although it was noted that Rpn13 was in low abundance, something that has been observed in purifications of human proteasomes as well; Rpt2 and Rpt5, two ATPase base units, were found to be in higher abundance, although the implications of this still need investigated (5,8).

Figure 1. Model of the Plasmodium Falciparum 26S proteasome subunit composition and PIPs. The 26S proteasome is made up of the 20S and 19S core particles and contains all known proteasome subunits. Rpt2 and Rpt5 ATPase base units were found to be in higher abundance, with β2 and Rpn13 in lower abundance. Ubiquitin conjugates and UBL proteins bind to the PfUIM2 domain of the Rpn10 subunit located in the 19S particle. Other known PIPs associate with the proteasome, such as Rpn4 and PfDsk2. A putative DUB, PfUSP14, was identified and found to be inhibited by the small molecule b-AP15, known to inhibit USP14.

This novel protocol also allowed the authors to study interactions of the proteasome subunits with other important plasmodial proteins that regulate the degradation of proteins by the proteasome. Using formaldehyde cross-linking, they demonstrated that potential PIPS are efficiently co-purified using this method. Evaluation of these co-purified proteins yielded multiple chaperones such as HSPs, twelve UPS components, initiation factors, and ribosome subunits, among other proteins; the data suggests that the parasitic proteasome may also be involved in ER and cotranslational protein quality control (Fig 1., 5).

A Possible Antimalarial Target. Wang et al. next focused on analyzing one of these co-purified proteins, an uncharacterized DUB with high sequence homology to human USP14, which is involved in trimming the ubiquitin chains of proteins destined for the proteasome (5, 9). This DUB, which they designated PfUSP14, interacts with the proteasome via its UBL domain; interestingly, in contrast to hUSP14 which requires activation through binding to the proteasome, PfUSP14 unbound to the proteasome still maintains C-terminus-hydrolyzing activity (5, 9). It has been observed that P. falciparum intraerythrocytic development requires efficient proteasomal protein turnover, which may present an opportunity to disrupt this development through inhibition of the deubiquitinases (10). The authors were able to demonstrate this hypothesis to be true by using b-AP15, a known USP14 inhibitor that was shown to also inhibit tumor progression in four in vivo solid tumor models (5,11). b-AP15 inhibited not only PfUSP14 activity in vitro, but also had a significant anti-proliferative impact on the development of both chloroquine-sensitive and chloroquine-resistant P. falciparum strains in vivo; this inhibition did not impact the activity of the proteasomes or other DUB molecules (5). Together these results show that inhibition of PfUSP14 will need further exploration for new antimalarial strategies.

Other recent studies have used cryo-electron microscopy to study the structure and function of the proteasome in order to design antimalarial targets that will only affect the parasitic proteasome and not the human host proteasome; this method however is only able to distinguish the structure and protein-ligand interactions in the presence of such ligands, and does not investigate the actual subunits themselves (12). Wang et al. is the first comprehensive analysis of the 26S proteasome from P. falciparum, its subunits, and its interacting proteins, identifying a previously unknown DUB PfUSP14. This opens the doorway for further investigation of other PIPs and their interactions with the proteasome to further ID and characterize the role of UPS in this parasite. The authors’ findings show a promising new avenue for antimalarial strategies through targeting of the proteasomal deubiquitinating activity utilizing small inhibiting molecules such as b-AP15. Most importantly, the novel affinity purification of the 26S can be utilized in future studies to further study the function and structure of this parasite’s proteasome. 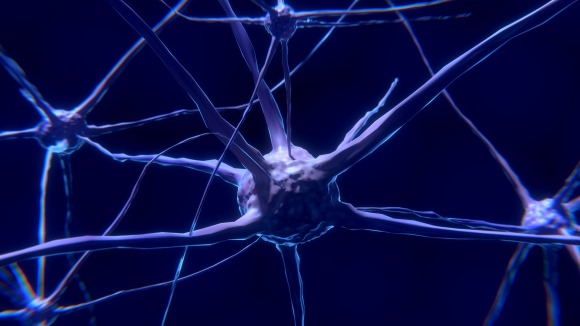 By Annie Panageas In our constant news feeds about the latest celebrity diet and the next political statement, a headline that could affect more people than usual might have [...]